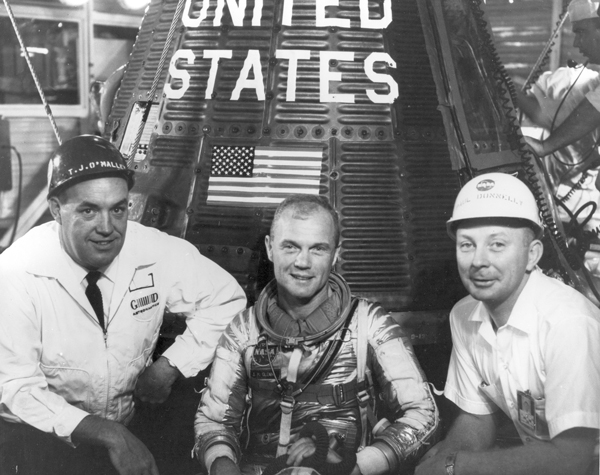 What’s Possible for You

John Glenn passed away yesterday and I’m not sure anyone younger than 30 understands what he and the team surrounding him accomplished on February 20th, 1962.  Armed with calculators, protractors, compasses, guts and ingenuity, he was sent into space to orbit the Earth three times.  That was over 54 years ago.

The scientists and pilots that developed and manned the early space missions didn’t have computers in their hip pockets.  The fact that they were able to keep radio communication open at that time seems pretty impressive.  They were able to sit a man on top of a rocket and send him into space.  Elon Musk and SpaceX are having problems accomplishing the same task today.

Seriously take a minute to think about it.  We sent a man into space only a year after the desktop calculator was invented.

But these guys pulled it off.  So if they can send a man into space and then later to the moon, what’s holding us back?  We’ve got everything at our fingertips.  I can post this to the internet and reach out to millions of people.  Our ease of life and ease of access is unprecedented and only expanding.

Basically, you have no excuses not to be your absolute best.  Possibilities are endless and the only thing holding you back is you.

« Make Sure Your Goals Have Purpose
Putting 2016 in the Rearview »